As we witness a landslide victory of the Modi led BJP in the Loksabha elections 2019, here is my quick analysis of their marketing campaign. I am going to list down a few points that have made sure they succeed over their competitors. Read this post from a marketer’s point of few and see if you are using these strategies in your marketing campaigns.

1) India is a dynamic market which needs a 360 marketing approach. BJP ensured that with their integrated campaign: (TV, Print, Social Media, Word of Mouth, Influencers, Brand Advocates (the entire IT cell)). If you want to do a mass level campaign, you need to all in with a 360 approach.

2) Emotional value first and product second. BJP’s performance may or may not be great during the past 5 years, but they always connected with their voters emotionally making sure they believe in their intentions. As a result, all of their voters believe that BJP at least tried.

3) TOM (top of the mind strategy) works wonders. The landslide victory of BJP is a clear indication of the same. They have always been top of the mind of their voters through several campaigns during these five years. It is not just the election campaign. They have been campaigning all this while. From Swacch Bharat Campaign to Modi Ji ni Accha Kaam Kiya hai and several other campaigns.

4) Comparative communication always works to convince the consumer. They might not be the best-performing party today, but they stood better in a lot of aspects when compared with their competitor (The Indian National Congress).

5) A brand is always driven by a personality. If you don’t have a face, you mostly don’t stand a chance. BJP from the day one has been claiming to make Mr Modi as the PM of the country again long before the campaigning started. Whereas there was not a single strong face from the opposition. We saw Rahul Gandhi shying away from the question of being a Prime Minister. Whereas Mr Modi has always been vocal about “Mujhe 5 Saal Aur De do!”

6) You need to start your campaigns long before your competition. We all have witnessed how aggressively BJP campaigns started while everybody else was dreaming in their own worlds or was busy handling internal party politics.

7) Ensure adequate media budgets with the right distribution on each channel. From TV to digital, from radio to print, BJP has been all the places with their clear cut message that their audience can’t ignore.

8) When you do good, pat your back. Don’t shy away from taking credits. Be it the first surgical strike or the second one at Balakot. BJP always took the credit and it worked for them. Your consumers need to know what good you are doing and how good your intentions are. There might have been 6 strikes during Mr Manmohan’s tenure at PMO but Congress never took pride in doing so or at least never advertised about it. Forget about using defence for political agenda, just consider they did something good, and they took credit for the same or advertised it well.

11) Partner with a great strategist who understands the ground realities knows the market and can translate the sentiments of the people. Amit Shah, in this case, has played a superman’s role to make sure Mr Modi wins this election. He played a strong head strategist who knew what every constituency meant. Addressing the needs of the people and going hyperlocal in their campaigns utilizing media and local bodies, he made sure this revolutionary win.

12) Keep innovating, not just with marketing but with the actual products. Let the products itself be a driving force for your brand. E.g. Swacch Bharat, Startup India, Digital India etc. etc. All these schemes of the BJP Govt were thoughtful with their positioning and innovative with the way they have campaigned.

14) Look for newer markets and opportunities. This time BJP focused on newer constituencies and made sure it added to their overall success.

15) If people have negative sentiments about your existing campaign, simply change it and rework on the entire new strategy. BJP didn’t give tickets to many sitting MPs only because there were negative sentiments amongst people about these MPs. They brought fresh faces or fresh ideas and won.

16) Your audience has no time to cross verify what you are claiming to be or what statements you are making. This You need to take that advantage and share as much information as you can that they start to believe in your reality. BJP did the same, from painting Nehru as a bad PM to putting Modi as a better solution. Don’t judge this point from the moral grounds, just try and understand this is how marketing works and this how people have been enforcing their brands. I mean we all drink Coca-Cola despite the fact it is too bad for our health.

17 ) Build a force of your brand advocates & influencers who would promote your brand for you. In this case, BJP’s so-called IT cell or the troll gang played a vital role. Ensuring everything coming from the party to reach out to the masses. Let your people believe in your product, and they will lead your brand from all the fronts.

Let me be straight here, I don’t buy the idea of Modi or BJP overall. I feel the Govt could have done much better in the past 5 years on so many fronts.

This post is purely an analysis of a marketer. And I have been a fan of Modi-Shah duo since their win in 2014. Even if the Govt didn’t do anything better than what Congress did earlier but they surely well played with their advertising game. 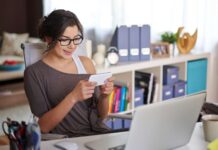 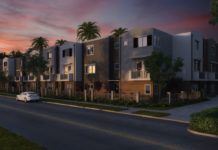 Time to recognize social media as the marketing marvel

If you are looking to hire Faizan as your digital marketing consultant, you can connect with G2M Digital, Dubai team.