I am not a second generation or third generation entrepreneur to have business in my blood, I am neither an IIM A grad who has a super strong network of VPs to close million-dollar deals over a call. I am just a hard-working professional who has failed, succeeded, then failed, then survived and managed to have a decent lifestyle like another salaried guy. (All that being an entrepreneur)

This is my attempt towards sharing the knowledge and experiences I have gained over a period of time while working with startups as well as brands and the mistakes we usually make. I am going to call this series of posts as “The Real Hussle!”. To answer the most obvious question that you would ask, why this name? Let’s find out:

Well, I think I have given enough lines to read and you can create your own conclusion and understand the name of this blog series. So, without wasting any more time, let’s get to today’s discussion:

The start-up ecosystem is too much overrated in India. What looks at YourStory has a long story behind and newcomers need to understand that. (I am not against YourStory they are doing an amazing job) Just having an idea is nothing, you need to give blood sweat and tear to your idea and execute it in the best way possible. Spend days and nights to acquire customers or sell your product. And above all, there are still several reasons why your idea might not work.

And why do you have to chase millions? That’s the first question. If you talk about entrepreneurship being your passion, it does not necessarily mean you should become greedy! You can simply make a product profitable and have the salaries of your employees released on time. Get your fair share every month and scale it. Or simply automate that system and move to the next big thing. You need to focus on building something which is valuable and is going to solve a problem. If you are not doing it, you are doing something wrong.

And there is another breed of entrepreneurs who stay in business for 5 years or less and you won’t see them again. It’s not like they are not smart people, or their product or idea was a total disaster, most of the times it is the attitude of the entrepreneur which takes the whole company into a big hole of debt. I would like to tell everyone calling themselves entrepreneurs and innovators, please have your sales plan ready and do some actions!

So two extremes, one being a total money minded having a great sales deck and trying to do everything to show the excel sheets growing. And another not giving a damn about numbers and too much focused or in love with an idea that might not even sell.

Like, I have met people working on something for two years now and still, their product is not launched. Man, it is a serious crime! You have wasted your time, even if you are trying to build Tesla, you are screwed! You are not Elon Musk. Period.

Another example of an entrepreneur who launched something 4 years back and still not profitable. Don’t you see? There is something fundamentally wrong! Why can’t you move on with something else or hire smarter people who can sell your stuff?

Let’s try and understand what we need to do? Can we simply have entrepreneurship as another respectable profession where you get in only because you want it and you are passionate about? You are not here to make millions or to build a product by wasting 4-5 years. You become an entrepreneur and decently manage a livelihood by doing things right as a Grocery Store Guy. He does not call himself as an entrepreneur or businessman but just look how beautifully they make sure to grow their stores; first by increasing the products they sell and then going to multiple locations and all going cash flow positive. If you can have a great idea, first get it evaluated, not by listening to your own guts but looking at the data and insights.

Go full time with your idea if you see the potential and literally try to build your business like a ‘baniya’. Don’t wait long to become profitable, you should think of profitability from the day one and try to achieve it smartly. There is always a possibility if you have a great product you would make millions or even billions. The only thing you need to do is to go slow and steady with a clear plan. 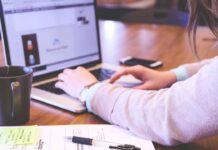 Digital Strategy: 5 Parameters to Check if you are on the right path 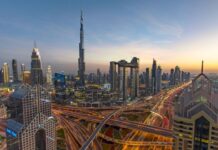 Dubai is the best place to run your business Post-Pandemic 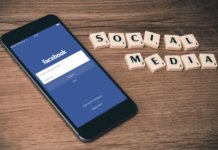 Time to recognize social media as the marketing marvel